Learn more about and visit our in-house Teaching Clinic.
Become a Patient

Ready to start your Homeopathic Journey? Become a student today!
Get Started

“In December, I participated in a 2 week internship with Homeopathy for Health in Africa…”

Thera Ip, 3rd year student CCHM In December, I participated in a 2 week internship with Homeopathy for Health in Africa (HHA).  HHA is based in Moshi, about 40 min outside of Kilimanjaro.  We went to hospitals, schools and small communities daily.  We saw patients in the morning from about 9-2, broke for lunch back at the clinic centre (HHA provided home-cooked Swahili yummy lunches!) and we had workshops/discussions in the afternoon. We saw between 12 - 20 patients daily.  Many were HIV positive and had associated opportunistic infections (OI) such as tuberculosis, fungal infections, herpes, wasting, sarcomas, etc.  Our cases were no more than 20-30 minutes each.  In the afternoons we discussed the Organon, Periodic Table, new provings, different methods of learning remedies, common HIV and other drugs used in Africa, the medical system, etc..  I was shocked at how everyone was affected by AIDS.  This is something we don't hear about in the news.  The AIDS infection rate in Tanzania is approximately 15-20%, however, some African countries have rates of 40%.  We saw many orphans, and grandmothers looking after as many as 7 grandchildren because their own children have passed. It was an amazing experience that brought me closer to Homeopathy, pathology, African culture and people.  It was interesting to experience two diverse groups of patients, and how we must modify our case-taking to reflect the nature of the patient, community and  culture.  Because of the nature of the culture (polite, reserved, suppressed) many times we had very few symptoms.  Asking about physical  generals and food preferences gave very little information. Dreams were so important - asking about dreams, which almost every patient  could describe in vivid detail, became very important to the case and helped with the remedy choice. HHA began working in Moshi in 2008, establishing permanent clinics and collecting years of patient experience.  I was able to witness a  huge improvement of health and well-being in the patients – safely, effectively and respectfully.  It is heartwarming and inspiring to be part  of a profession that is able to restore health, bring profound lasting change and freedom from chronic debilitating illnesses. One thing that I really want to point out is that I realized that our education at CCHM is exceptional.  By the end of the 2 weeks I was taking the supervised cases with the local translator.  In many cases, I came up with the same remedy as the lead homeopath.   I felt that I was confident in my case taking, repertorization and prescription.  I feel that I have a solid foundation and I made a note to share this with my classmates.  I feel with my education and training at CCHM I can go anywhere now!  Thank you guys for making CCHM top-notch! AIDS has completely changed the landscape of African culture and traditions.  If you are interested in learning more, I recommend the book by Stephanie Nolen titled 28 Stories of AIDS in Africa.  If you are interested in Homeopathic projects around the world and how you can give back, I recommend the film Homeopathy Around the World.
PrevPrevious Journal“My goal is to dedicate my life to those who are living in underprivileged areas…”
Next JournalChoosing A Balanced ApproachNext 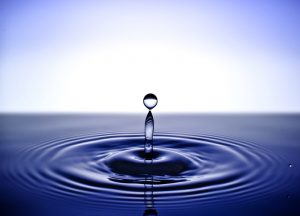 Diving Deeper Into the Sea of Knowledge That is Homeopathy

Dr. Priyanka Gupta ND Patient X sits across from me recounting her menopausal symptoms which include insomnia, night sweats, forgetfulness and the bouts of

“Another world is not only possible, she is on her way. On a clear day you can hear her breathing.” …Arundhall Ray  New possibilities are